I’ve said it before, and you’ll probably hear me say it again.  I have been … … ok, blessed with really smart kids.  They’ve all been early talkers, able to express themselves with words long before I ever expected them to. I always assumed I was given these chatty Cathys because I was being paid back for being a non stop talker all my life (or at least that’s the curse my mom said she put upon me!)  And maybe there is something to be said for having a mom that never stops speaking… you’d better learn to speak up, or you’ll never be heard!

But as we are now into week three of school at College International Francophone Sarajevo (CIFS), I am truly seeing why I have these communicators.  My boys are in kindergarten (Grande Section- Maternelle) and the second grade (CE1).  Their classes are all taught in French.  The kids are mostly Bosnian.  Most Bosnian five and seven year olds do not speak English yet.  So, in order to play on the playground, my boys have to speak Bosnian.  There are a few kids in each of their classes that they can communicate with in English, but the vast majority do not speak more than the phrases they have picked up from Phineas and Ferb or Spiderman.  So where does that leave my boys?  Often times confused, frustrated and emotional.  These two charming young men, who are used to being the center of attention are left in the wings at times.  And where does that leave me?  Oftentimes confused, frustrated and emotional.  The apple doesn’t fall too far from the tree. 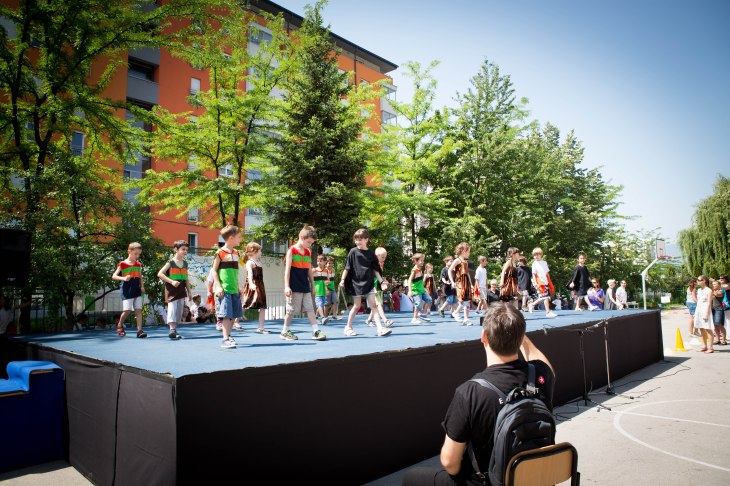 This was the end of the year performance at CIFS in June.

Tristan was Jack from Jack and the Beanstalk

They studied this story in French, Bosnian and English

Daily I question our choice to put them in a school with so many challenges for them.  Daily I question my resolve to be the kind of mom who allows her kids to struggle so they can be stronger, better, more.  I’m not going to lie, I have seriously considered that hour long bus ride to the English speaking school, just to make life easier for them.  And really, me too.  My heart breaks a little every time we have “one of those drives home” that end in tears for no real reason other than they are tired of it being so hard to be heard.

But then there are those other times.  Times when Tristan,my second grader, will ask Wyatt, my kindergartener, how to say something in Bosnian, and would you believe this… he actually knows it!  And those times when Wyatt shares with me words in French he learned that day, and Tristan lovingly helps him with his pronunciation.  Days when I watch them play with our Bosnian next door neighbor, not afraid of the fact that neither speaks the other’s language proficiently yet.  Those are the times when I think that maybe we aren’t that crazy. Maybe when we push through this hard time, the end result will be worth it.  They might just reap some major benefits from this culturally rich environment. 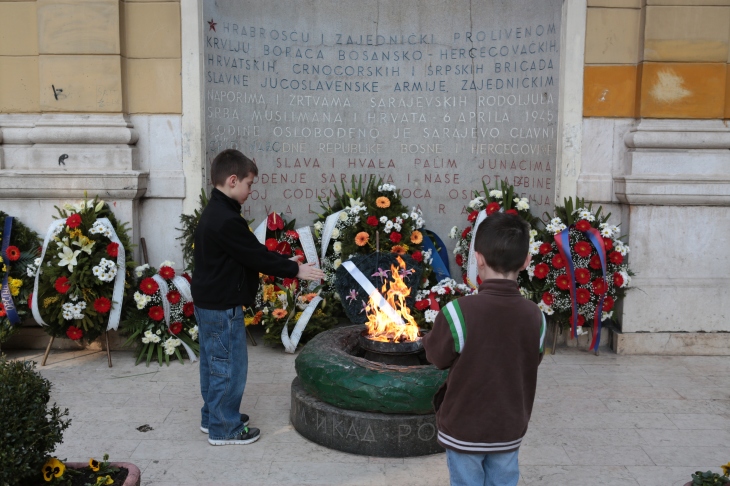 Ultimately, I have come to this conclusion: I am seven and a half years and three kids into this parenting thing, and I still question almost every decision I make regarding these little humans that will one day grow up and become big humans.  Maybe these challenges we’ve forced upon them will give them a bigger view of the world, one where they can really see how they can impact it in a positive way.  Or maybe, we’ve just given them a more languages to talk to their therapists in.  I’ll get back to you on that one.

What we see on our bike rides.