Let me begin with a big, “Hallelujah!”  Why, you ask?  We returned last week from a weeklong vacation with our amazing friends, without one episode of violent diarrhea, trip to an ER or handwashing Spidey underoos in the sink at a hotel.  Can I get an Amen?

Our trip began with a six hour drive from Sarajevo to Zagreb, Croatia.  If you look at a map, you’ll see that it really isn’t very far.  Unfortunately, there is no easy way out of Bosnia, so it’s slow going for the first half of the trip.  That is, until you reach the Bosnia/Croatia border and the heavens open up and a real highway appears!  Then it’s smooth sailing.

When traveling with nine people, five of whom are under the age of 8, flexibility is the name of the game.  Thankfully, these five kiddos are some of the best travelers you’ve ever met.  We stopped twice in six hours; one stop for lunch, one potty break.  And the only complaints about the squatty potty we stopped at came from your’s truly!

My only knowledge of Zagreb prior to our arrival was that they have H&M stores and a Gap.  You had me at H&M.  So, to say I was excited might be an understatement! But, more than the shopping, Zagreb is a beautiful city with so much charm.  We stayed at an old and amazingly gorgeous hotel called The Esplanade.  I’m not going to lie, I was a little concerned about bringing our brood to such a nice place.  Thankfully, Croatians are like Bosnians in that they have a strong and patient love for children.  Whew!  Dodged that bullet!

After a long trip in the car, the kids needed to stretch their legs.  We walked around the downtown until we could walk no more!  There was a cute Christmas market that sold hot chocolate (to the kids delight), gluhwein (to the mom’s delight) and Austrian beer (to the daddy’s delight).  All was well in Zagreb that night!

The next morning, we had our first of several delicious breakfasts!  Lyla approved! 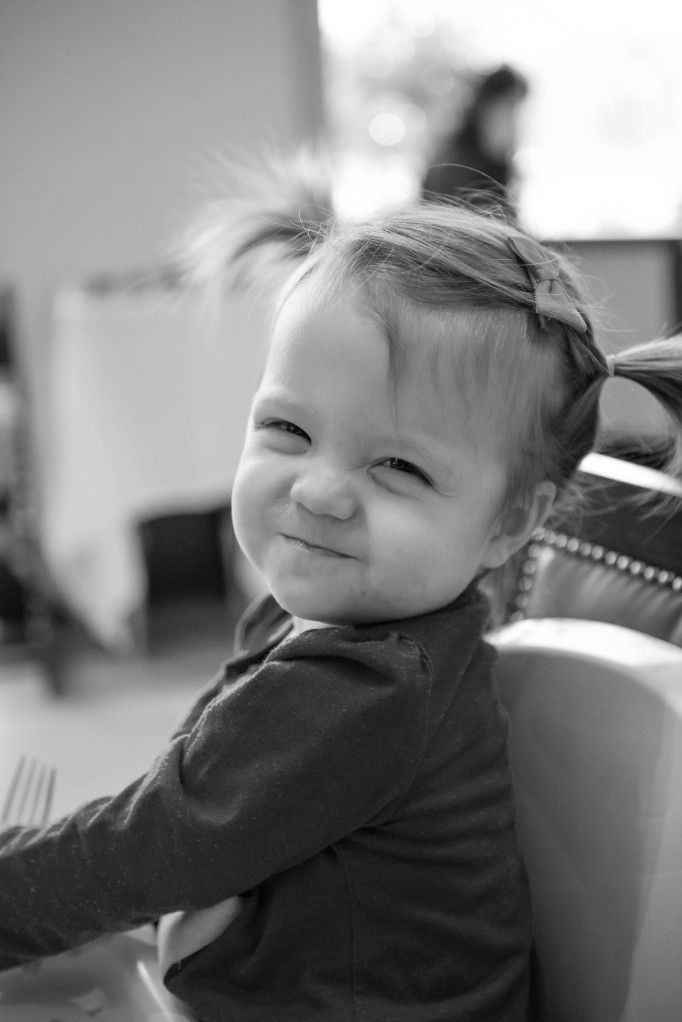 All smiles with pastries and yogurt! She’s quite a foodie these days!

After breakfast, we strolled around town and headed for the Zagreb Cathedral.  To say it was breathtaking would be an understatement. 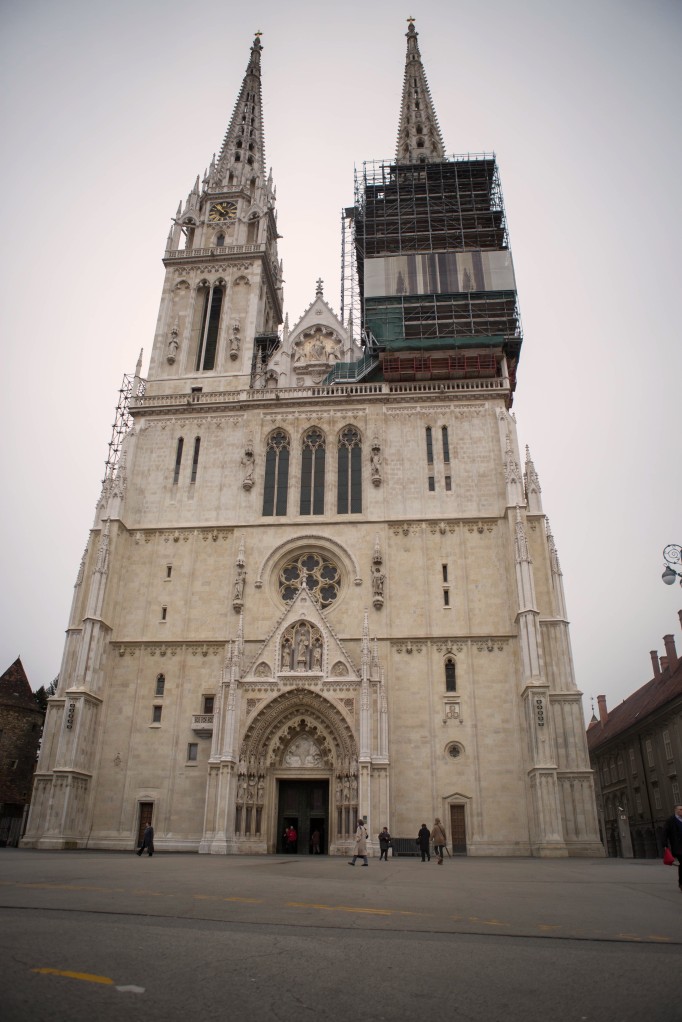 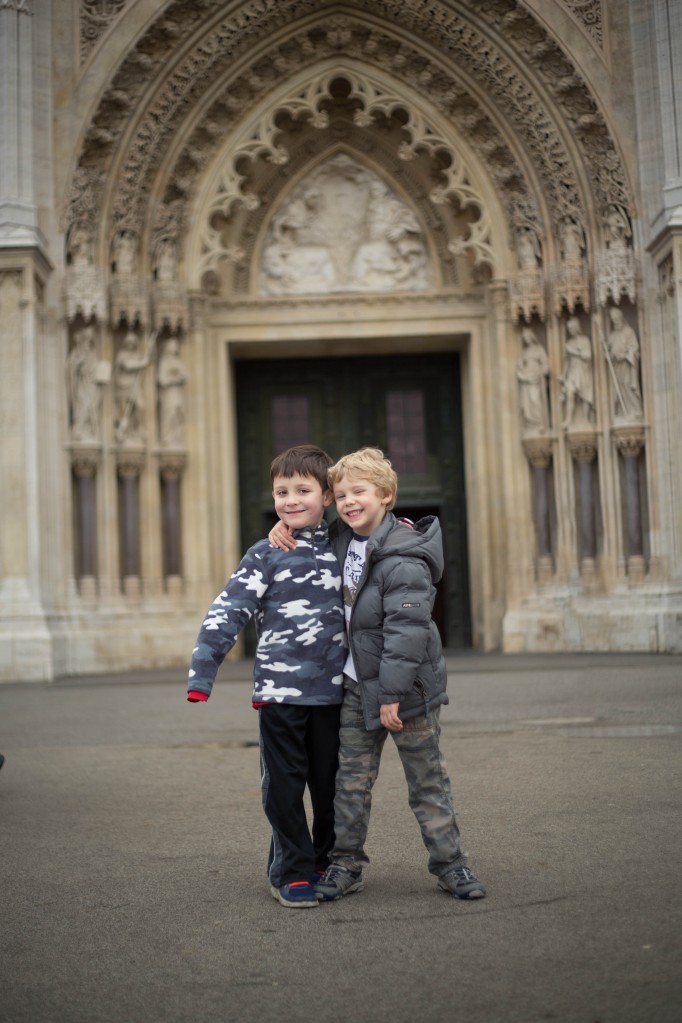 Wyatt and his buddy Hudson 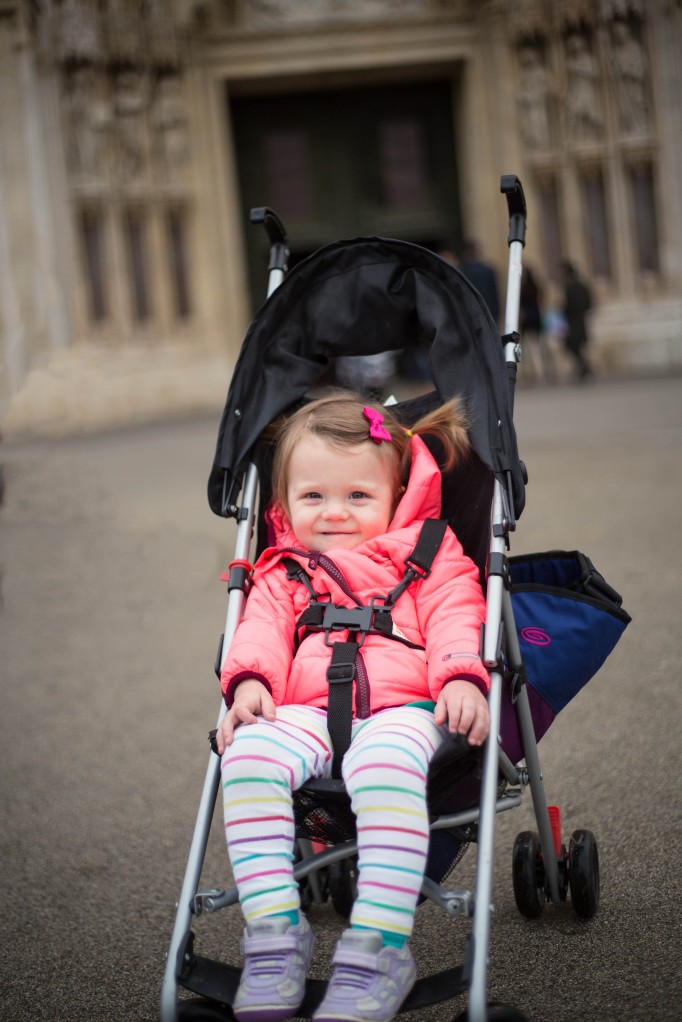 She spent a lot of time in her old jalopy of a stroller. If you’d ever like to know what it’s like to wrestle an octopus, you are welcome to try to get her in it when she doesn’t want to be. Good times. 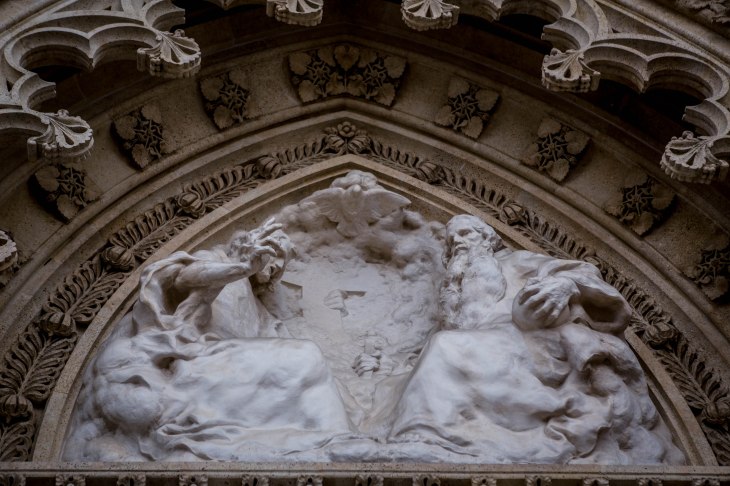 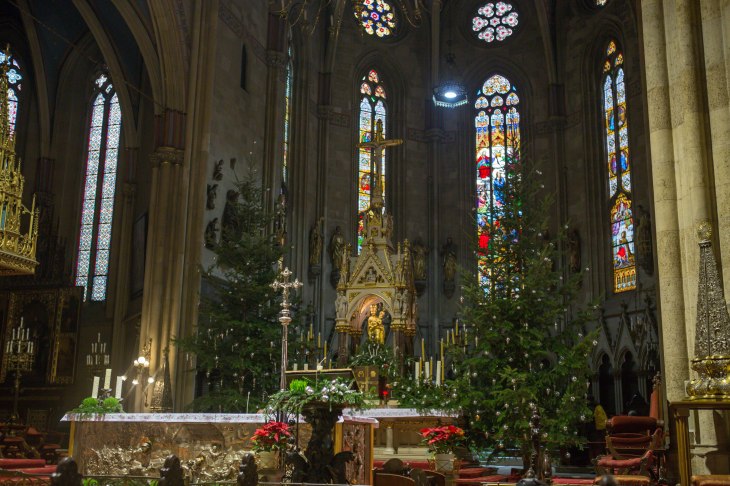 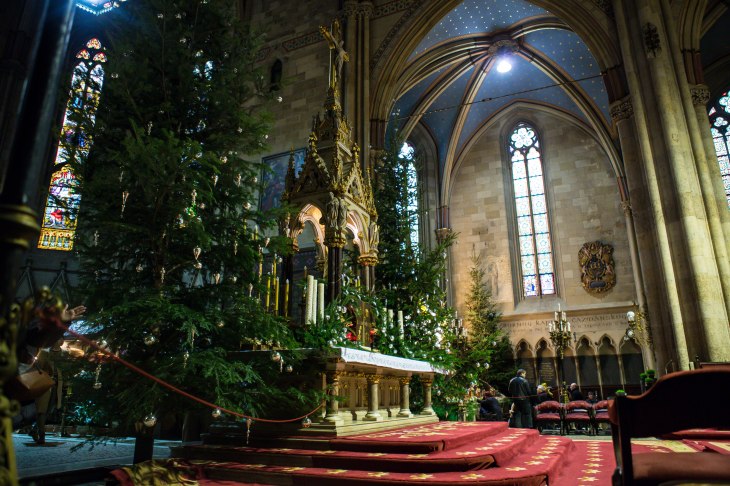 There was a beautiful fountain right outside the cathedral with gold angels that seemed to glow.  I may not be Catholic, but I can certainly appreciate their beautiful architecture. 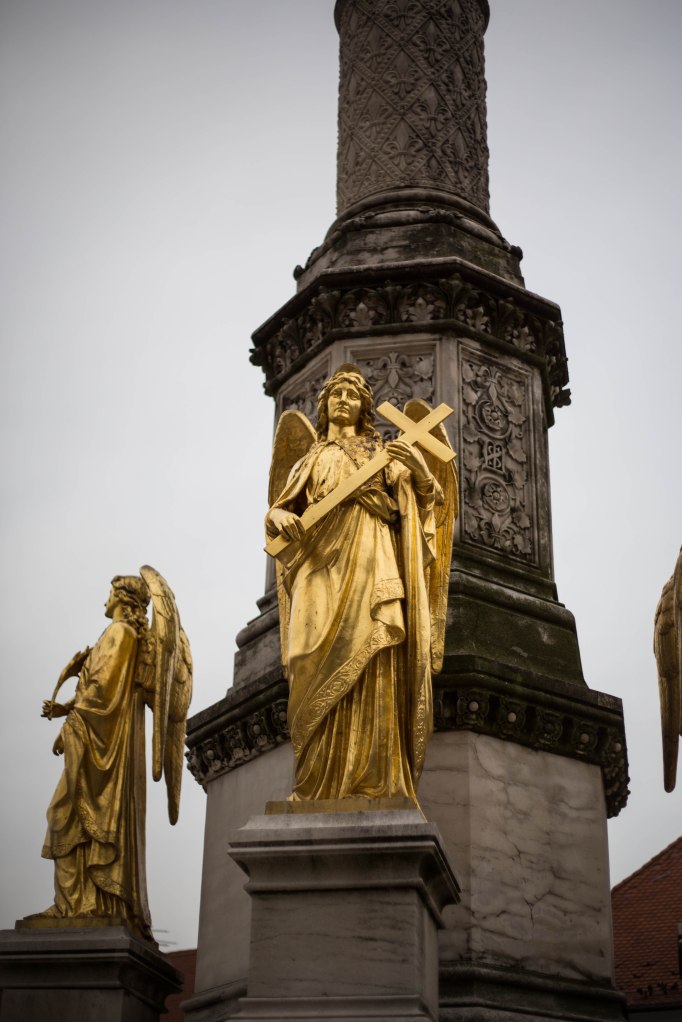 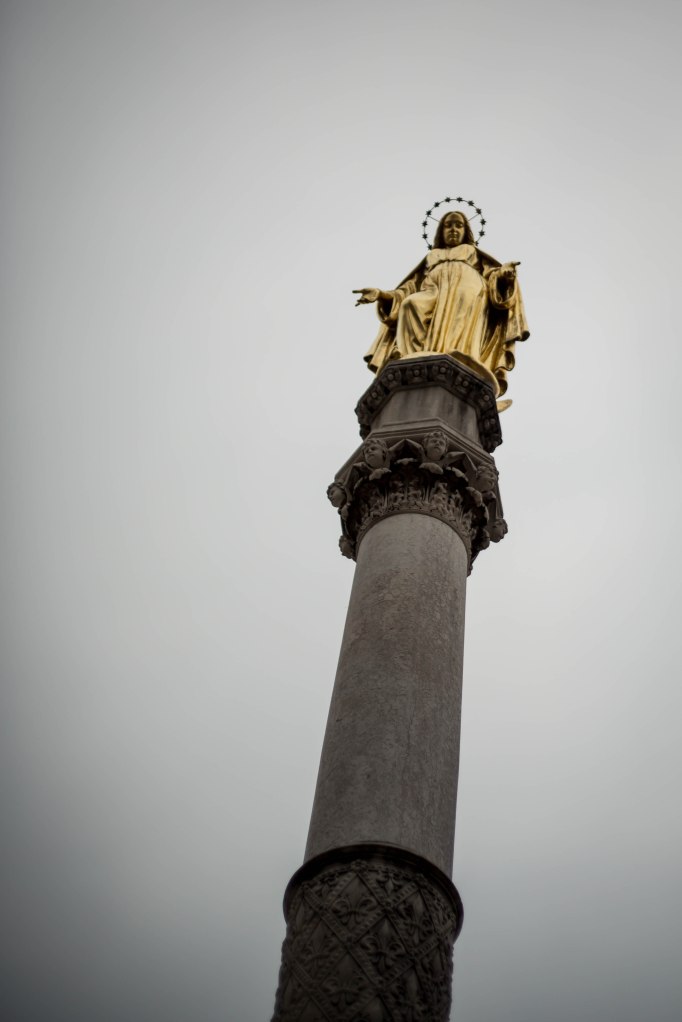 But as is par for the course with Catholic relics, with the beauty often comes a taste of the creepy.  Cool, but creepy. 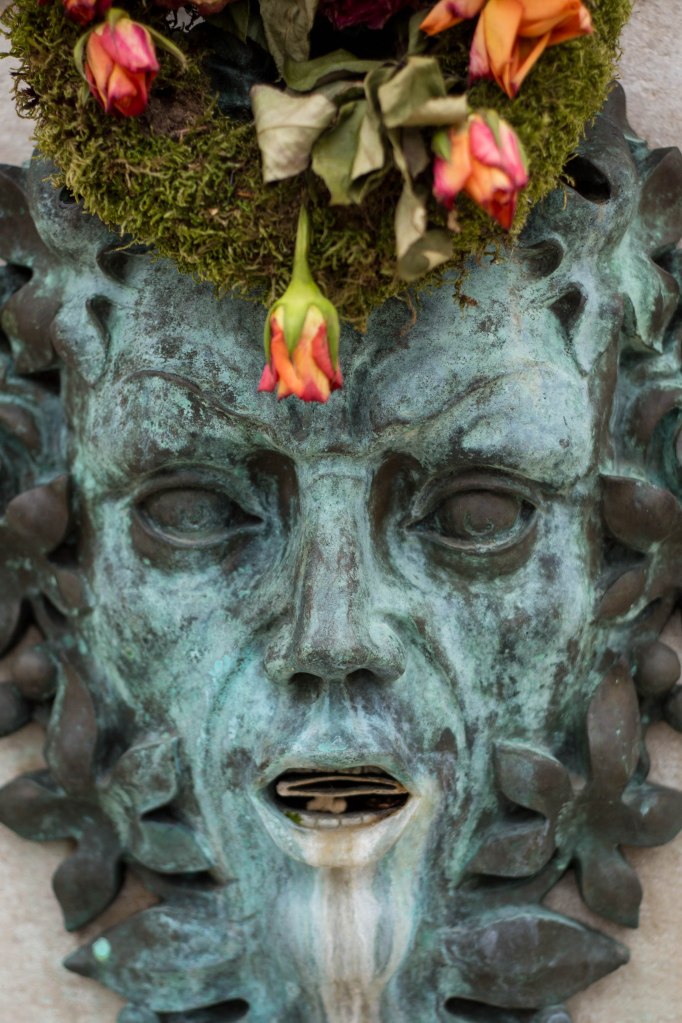 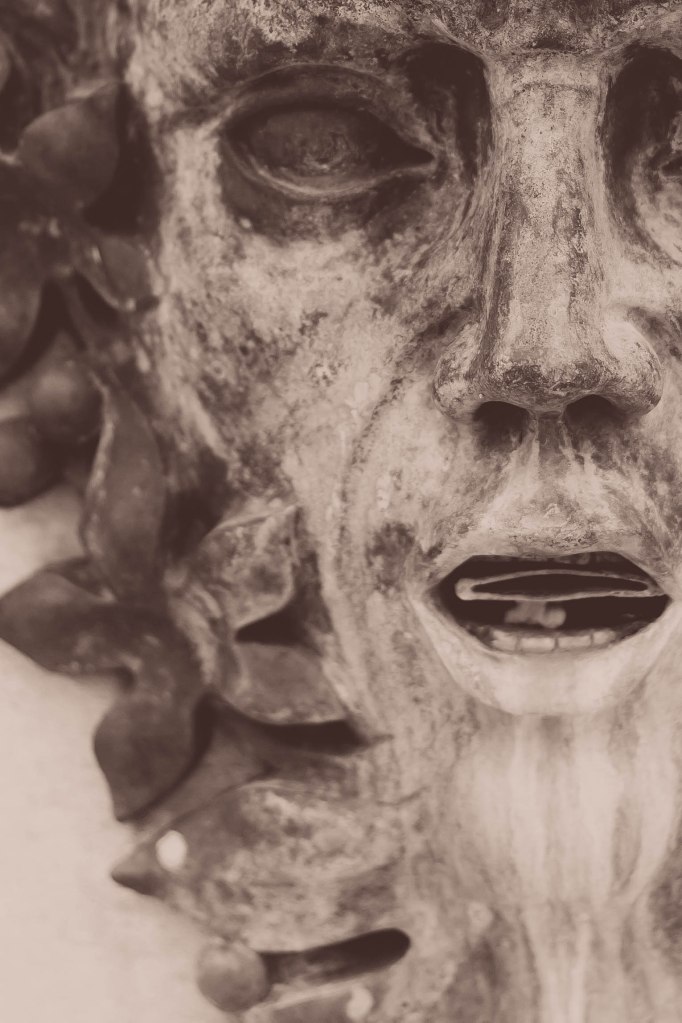 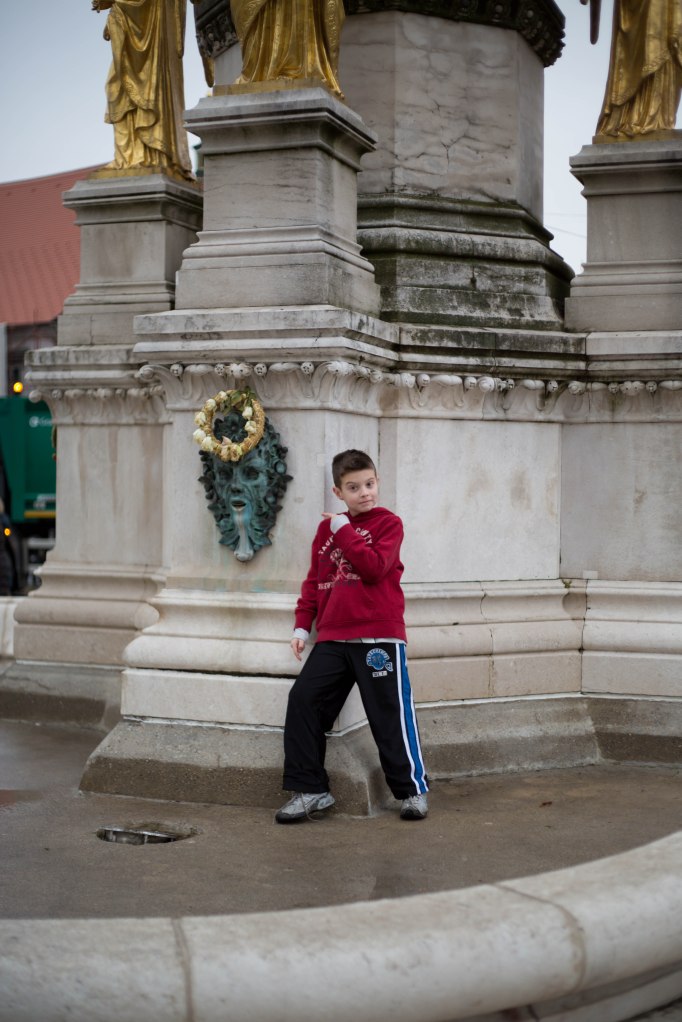 One of the things we often take for granted when living in America, is easy access to restaurants that are kid friendly.  In Europe, we always have a portable high chair in the car, as most eating establishments do not have them.  Crayons and kid menus are unheard of.  So, we began our quest to find someplace to eat that would be suitable for our party of nine.  Let’s just say that we did a lot of walking… and saw some beautiful things… and unable to find a restaurant that suited our needs, we ended up right where we started.  But, it was a great walk, and the reward at the end was REAL sausage!!  Mmmmmm!! 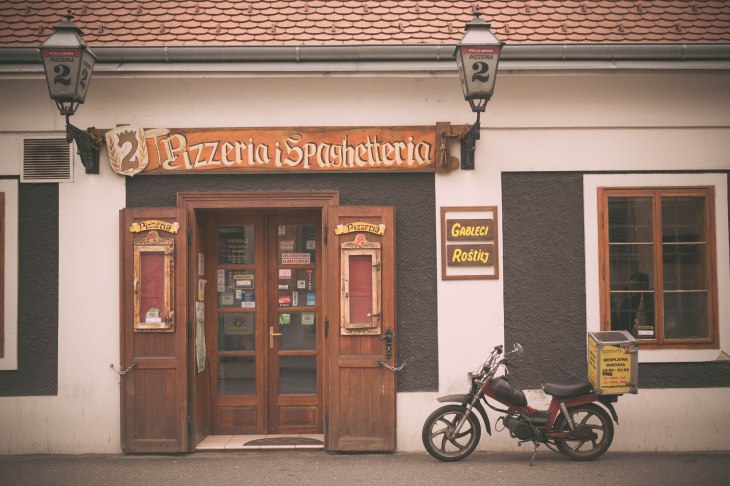 We passed this as I was looking for a cup of coffee to go (also something that is not normal in Europe). When I did find a coffee shop, the man asked where I was from in America. When I told him I was from Texas, he said he played the guitar and liked a Texas guitar player. Had I ever heard of Stevie Ray Vaughn? Ummm, yeah. The name rings a bell. 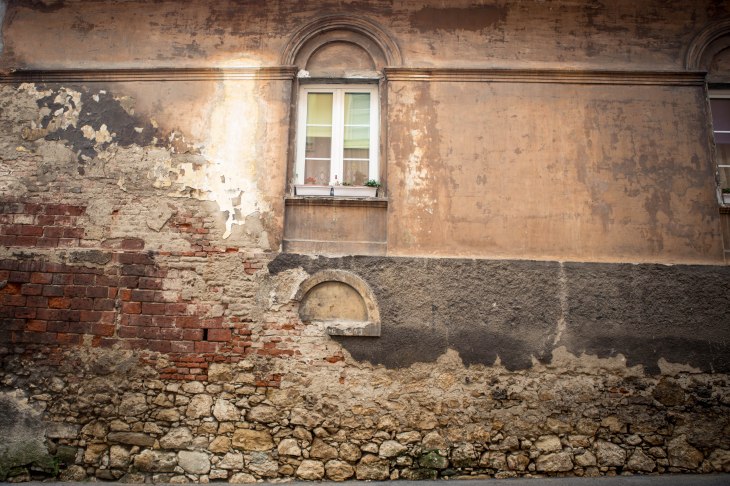 This wall was so interesting to me. It almost looked intentionally distressed. 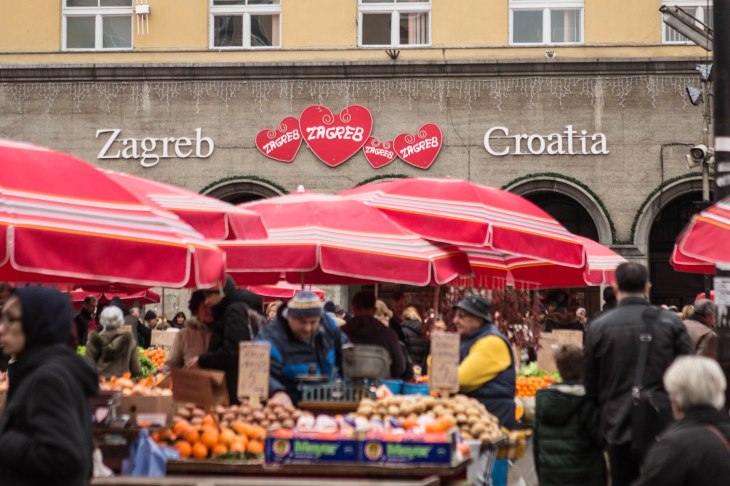 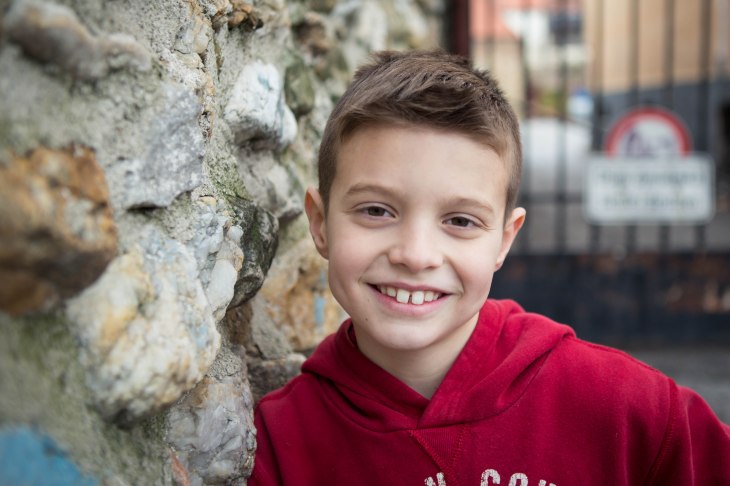 Back off, ladies!! His heart belongs to his mama!! 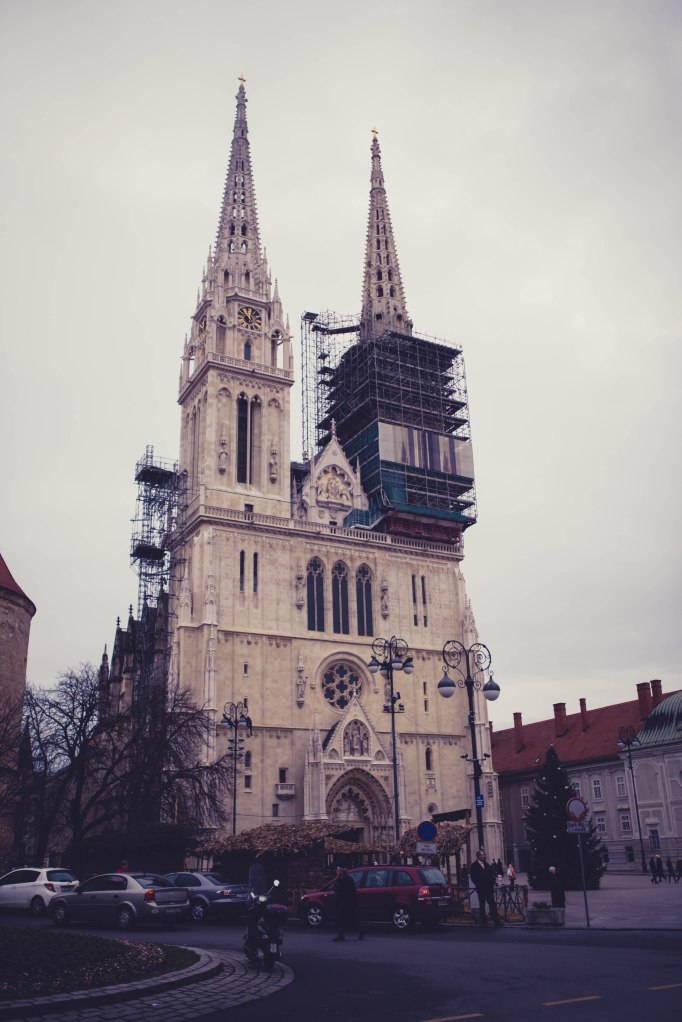 One more of the cathedral. I’ll never tire of seeing such amazing architecture.

I’m sure you’re wondering what happened to H&M.  Shockingly, we didn’t have time to shop.  But never fear!!  The last leg of our trip was another stop in Zagreb!  But more on that later!

Zagreb down… next post: Lake Bled.  Until then, vidimo se, cao, see you soon!